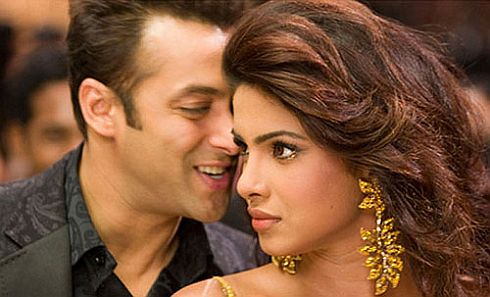 Has Priyanka Chopra distanced herself from Shahrukh and come close to Salman?

And then at the recently concluded award function,in response to Salman’s request to sing a song,she obliged him,inspite of the fact that Priyanka was under a contract with her music company in the West as per which she can not give any live performances.

And so she sang not one,but two songs on the stage.” Piggy Chops crooned Itni si khushi from Barfi!”