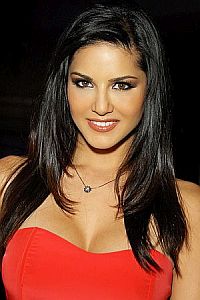 She may not have attained mega stardom so far,but the Manforce condom fame lady is cute and sexy.

In his breaking story Shah quotes Ahmed saying , “I was impressed with Sanjay’s idea. Sunny is quite an obedient student. As it is,her first item song, it will be interesting to see her thumkas.”