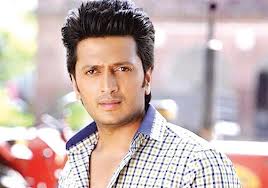 He is in Ranchi playing celebrity cricket league.But this actor Riteish Deshmukh is basking under the glory of his debut production venture, Marathi film BALAK PALAK.

This film, highlights curiosity about sex among adolescents, was a hit among the movie buffs and critics alike. The film also bagged trophies at ‘Zee Gaurav awards’ as the film was nominated in 15 categories.

The success of BALAK PALAK has prompted Deshmukh to make its Hindi version. But now the actor was motivated enough to release it in 15 differentIndian languages.

Reports say that at a party,this actor turned producer who had enough talent and lollies left behind by his father that BALAK PALAK team has gone on record making public its innovative plan on this film.They have indicated that this film will be released soon in 15 Indian languages.Jai Veer Maratha!