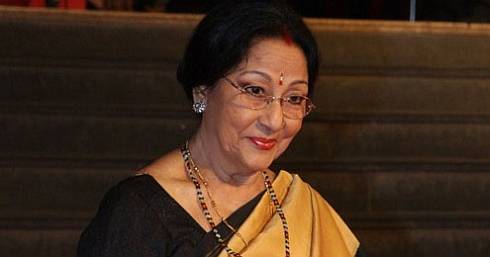 Actress Mala Sinha is in the news.This time not for her roles in the 1960’s.

Instead for her anger and outburst against the Government of India’s committee that has bestowed the Dadasaheb Phalke Academy Award upon her.

The award function was held on April 30.But she did not turn up to receive the award.

Incidentally,the highest award was dedicated to Dhundiraj Govind Phalke, popularly known as Dadasaheb Phalke( 30 April 1870 – 16 February 1944).He was an Indian producer-director-screenwriter, known as the father of Indian Cinema.

The Dadasaheb Phalke Award, for lifetime contribution to cinema, was instituted in his honor by the Government of India in 1969. The award one of the most prestigious awards in Indian Cinema and is the highest official recognition for film personalities in the country.

Sinha recognizes it.But she had refused to accept it on the ground that she feels the committee members had not treated her the way she deserved.

Reports quoting her said:””They’ve done grave injustice to me. They haven’t even mentioned my name on the invitation card! When members of the Phalke committee, including their chairperson, came home to request me to take the award for being what they called a legendary artiste, I was happy to accept it. But when I saw the invitation card for the event, I was shocked. My name was not there with the other winners of the award.”