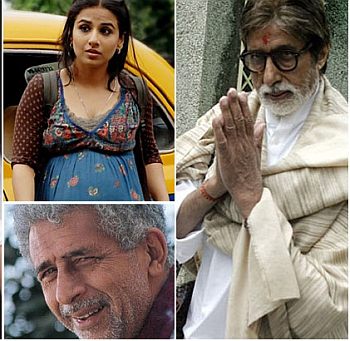 She stormed the cine world by playing a lead role in The Dirty Picture with co –star Naseeruddin Shah.Now,Vidya Balan is going to share the screen with Shah and Amitabh Bacchan in film Badla.

Badla is directed by Sujoy Ghosh.

The movie centres around the old theme of revenge.

Earlier,Balan,who had bagged two national awardsby playing the role of a seven-month pregnant woman who comes to Kolkata from Londeon in search of her husband.

Reports claim Vidya is in good book of both Shah and Bacchan with whom she was seen in Paa in 2009.