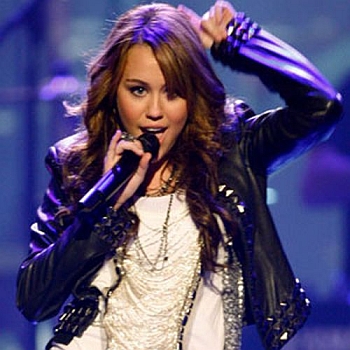 Miley Cyrus is making waves.This time by way of a video showing she is dancing around in a unicorn costume.Reports claim the video has gone viral online.In fact,the Can’t Be Tamed singer uploaded the video of her own dance sensation to rapper J Dash’s track WOP.This was reported Sun online.

“The 20-year-old singer-actress is seen shaking her booty for the camera in the raunchy routine and only reveals her identity at the end of the clip when she removes a hood from her face.

Cyrus, who has denied reports she has split from fiance Liam Hemsworth, also keeps her engagement ring covered up by wearing a glove on her left hand”,said Sun online.

It is reported that “MCtwerkteam” overnight became a Twitter trending topic.This left Cyrus telling her millions of followers, “My fans are the dopestttttt (sic). Mctwerkteam is trending worldwide… my night is complete.”

But one question about this young dancer raising eyebrows across the globe was;Is she the bad role model for kids/