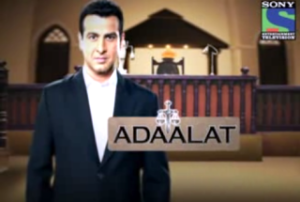 ‘Adaalat’ to be back on Sony Television soon. Ronit Roy, who acts as lawyer K.D.Pathak, will again entertain television viewers with ‘Adaalat’ being revived on the channel.

Reportedly Ronit got lot of accolades with his portrayal of K D Pathak and efforts are on to bring the show back soon.

A courtroom drama produced by Contiloe entertainment, ‘Adalat began airing on November 2010 and ended in July last year after 431 episodes.