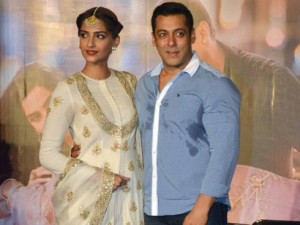 Responding to Sonam being compared to his past heroines Aishwarya Rai and Madhuri Dixit, Salman, addressing an event to promote his film in the Capital said,” I think Sonam is as beautiful and equally talented. Perhaps more.”