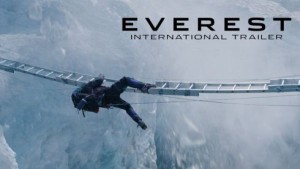 Hollywood thriller “Everest”, which is based on the real-life incidents that took place in the 1996 mount Everest disaster, is all set to hit Indian theatres on September 18.

The Universal Pictures’ film will be releasing in India in English, Hindi, Tamil and Telugu.