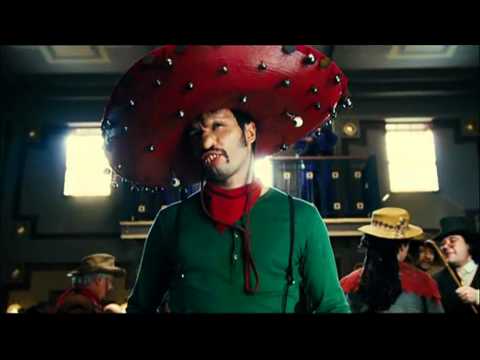 Jharkhand is in the news on the big screen.Two films-Koyelanchal and Spring Thunder-are exposing the problem faced by this 28th State of the Indian Union.Both these films were produced by Daltongunj born boy Sriram Dalton.

While the film making of Koyelanchal is focusing on the Coal Mafia,the shooting of Spring Thunder has come to an end.

“Despite facing many problems,we have completed the shooting work”,says its Dalton.Its shooting had started last year.

In fact,Spring Thunder is a socio-political film showcasing the minerally rich state.”It is quite interesting to note that while Jharkhand has India’s largest deposits of coal and iron ore, more than half of state’s population lives in acute poverty, something which is unheard of in other mineral-rich regions of the world,” he added.

Sriram’s team of 20-odd members has funded the movie out of their own pockets. “The total cost of making this movie was around `15 crore. We are funding it out of our own pockets, as we don’t want any corporate influence on the storyline,” said Sriram, who was born and brought up in Daltonganj.

The film’s cast includes Akash Khurana and Ravi Bhushan Bhartiya of Paan Singh Tomar fame. The film tells the story of the son of a blacksmith (Ravi Bhushan) who becomes a contract killer for a don, Munna Singh (Akash Khurana).

As poor people like the adivasis and landless farmers unite to resist coal mine companies, the small town turns into a battle zone. “I was quite intrigued by the script and how these guys plan to execute it. We have heard and read a lot of stories from this region of the country and I believe it would be a new experience for me,” said veteran actor Akash Khurana.

Dalton opines that Jharkhand needs a Film Institute.”I will do every thing to help set up this Institute”,he says adding that Netarhat is the ideal place to house it.