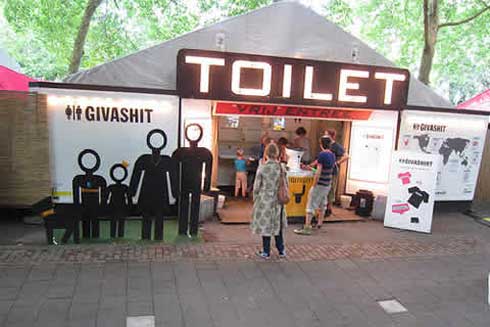 On the eve of World Toilet Day, a three-day International Toilet Festival began in the national capital today,  The aim of this festival is to spread the message of total sanitation and put an end to open defecation.

As many as  900 students from Delhi schools, delegates from neighbouring countries, a group of liberated manual scavengers and about 100 widows from Vrindavan took part in the event organised by Sulabh International at New Delhi’s Central Park.

Students, carrying placards, came together to form a human chain who were later administered a pledge of cleanliness.

Sulabh International Founder Bindeshwar Pathak hailed the Prime Minister’s vision of having a toilet built in every household by 2019.

“Our model has helped in putting an end to large scale open defecation in many areas apart from liberating many manual scavengers,” added Pathak.

As per Census 2011, over 67 per cent rural households of the country do not have access to toilets leading to large scale open defecation.