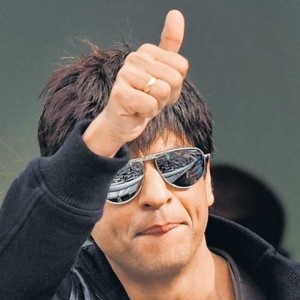 Some call him Bollywood’s Badhshah. Others call him King Khan.

Last month the actor had lectured on a wide variety of topics during his address to the All India Management Association (AIMA).

“He talked about subjects like failure, success, education and poverty, but in the process, his words and thoughts were inspired by British author’s speech that she had delivered at Harvard University way back in 2008 titled ‘The Fringe Benefits of Failure and the Importance of Imagination”, alleged a report.

A Bangalore-based social media consultant noticed this “apparent
plagiarism’ committed by Shahrukh and flashed it on the social media, raising many an eye brows. Though Indian actor had used Rowling’s words, he preferred not give credit to the famous British author during his speech.

There has no word from Shahrukh on the issue. Now the rich and famous cannot getaway with such indiscretion. There are people waiting to look even at footnotes with a magnifying glass!