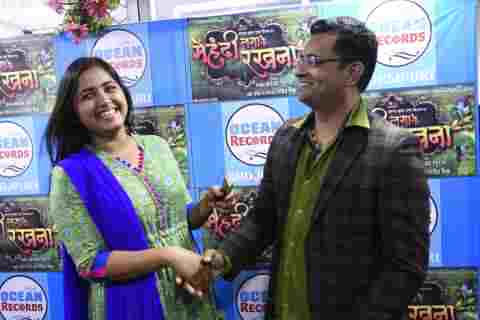 It is all about Bhojpuri film-Mehandi Laga Ke Rakhna.To promote the film in the making,its Director and Musician Rajnish Mishra claimed in Patna that it is awaited by the people.

‘The film is in their heart and mind”,said Mishra.

The film seeks to display life and culture in rural areas of Bihar.’Even the shooting was made in these areas”,he said.

www.jharkhandstatenews.com has learnt that she is now one of the most popular actress in the Bhojpuri Film Industry.