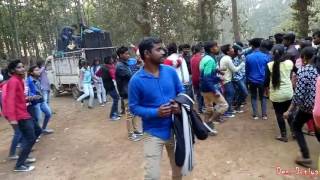 In an apparent move to promote it,Jharkhand Chief Minister Raghubar Das on Friday took part in the state's local Nagpuri film-Tor Bina.The film Tor Bina is directed by Dipen Toppo.Its producer is Mahali Film.A number of its songs,each available for download on youtub such as Tore Ishq Me are gaining popularity by the day.