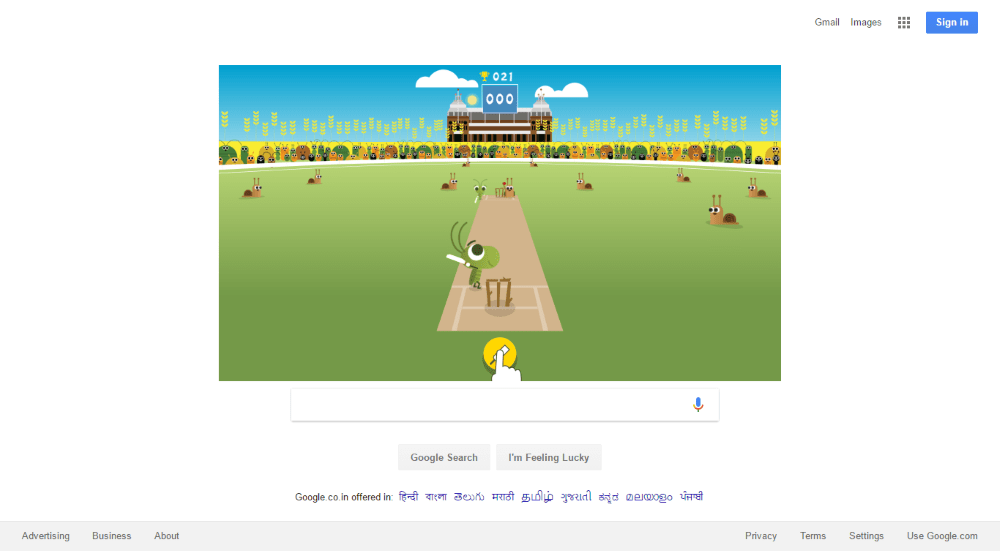 ICC 2017 Women's Cricket World Cup has begun in England. This year, a total of 8 women cricket teams are participating in the 31 days extravagant.

The tournament going on from 24 June till 23 July 2017 and is being hosted by England.It is the eleventh edition of the Women's Cricket World Cup.

To celebrate this event and to make Women's Cricket famous and popular among the masses, search engine giant, Google has launched an interactive doodle based on ICC 2017 Women's Cricket World Cup theme.The
interactive doodle allows you to do the batting by yourself.If you have not tried it yet then please do so.How? Type google.com in the address bar, hit enter and finally click on the doodle to play.Enjoy the fun-filled game by
hitting four's and six's.

In the opening match, Team India made a flying start by defeating host England.India beat England by 35 runs.The highlight of the match was Smriti Mandhana. Playing her first Women's World Cup match, Mandhana impressed with a fluent 90 off 72 balls.She said: "It was really important to give the team a good start. I started well and that gave me confidence and kept me going. That was our plan – to get off to a good start".

Meanwhile in another match on the opening day, 2000 Champion New Zealand beat team Sri Lanka.They won the match by 9 wickets!.

Lord's will host the final, and other matches will be played at the grounds of Derbyshire, Leicestershire, Somerset and Gloucestershire.