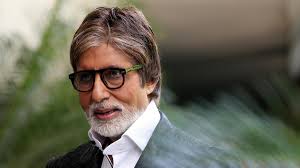 The 75-year-old Amitabh Bachchan has used Twitter to share some pictures showing the award ceremony. Also, he thanked EU Ambassador Tomasz Kozlowski for bestowing him with the honour.

"Thanks to EU Ambassador Kozlowski @EU_Amb_India #EUIndiaEkSaath, for bestowing a prestigious award on me from the EU for being a bridge builder between India and Europe," Bachchan tweeted.

Even Kozlowski said that the actor's post on the microblogging site and observed that his films bring European cinema lovers close to the Indian culture.

"Thank you @SrBachchan for celebrating with us Europe Day and European Year of Cultural Heritage. Your artistic accomplishments & contributions to Europe-India cultural ties are unique. You bring Indian culture closer to European film lovers. We honour you for that! @EU_in_India," Kozlowski wrote.

Bachchan's latest film "102 Not Out", co-starring Rishi Kapoor, was appreciated by many audiences. His another film - "Thugs of Hindostan"-is in the offing.