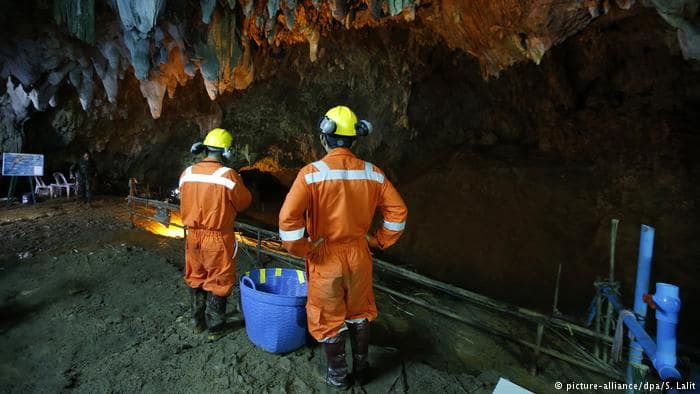 Forget Bollywood. Think of a move by a Thai-based film company to make a film on the dramatic story of the 12 young footballers and their coach who were freed from a flooded cave in Thailand.

So, a Bangkok based production company - De Warrenne Pictures is now financing the film called "The Cave".Reports say the shooting is going to begin in  November.

The film is going to be directed by Tom Waller -- a Bangkok-based filmmaker of mixed Thai-Irish descent. Everybody knows that the operation to save the boys, who wandered into the cave after a football training session and became stuck as floodwaters surged in, involved expert cave divers from across the world.

After heroic and planned efforts, they were found after 11 days huddled on a muddy ledge without food or fresh water, floodwaters lapping ominously below them. During the operation, an ex-Thai Navy SEAL had died in the run-up to the daring extraction of the group, who were heavily sedated as they were carried, pulled and dragged free from deep inside the cave.