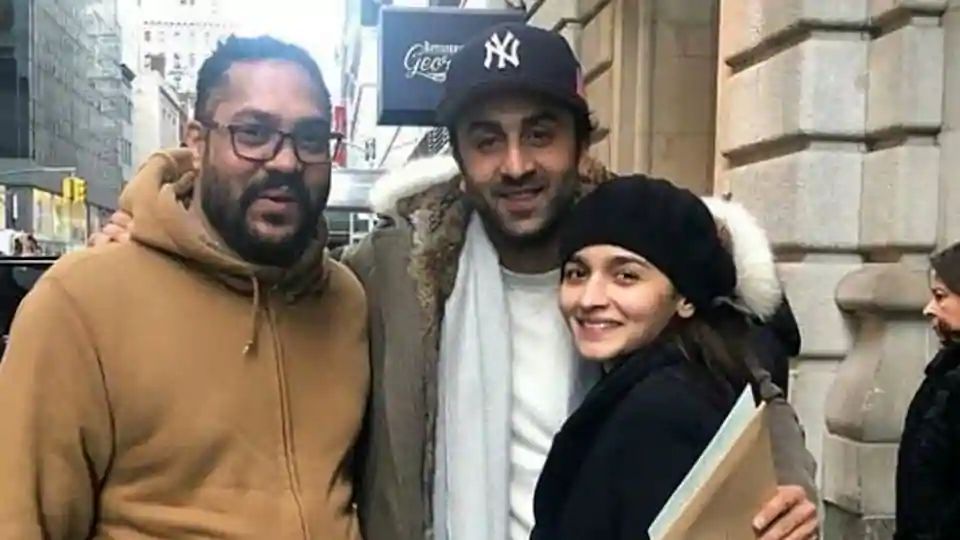 *Picture courtesy Twitter shows Alia Bhatt and Ranbir Kapoor who were in New York, celebrated the New Year with the Kapoor family there.

Twitter was used to show Alia Bhatt is close to becoming a family member of Ranbir Kapoor. The above picture appeared in the web world indicating she continues to remain close to Ranbir Kapoor and his family.

She flew with Ranbir to New York to celebrate the New Year with the Kapoors. The Sanju actor’s sister Riddhima also flew with her husband and daughter Samara to the US.

This web picture needs no description. In any case, they can be spotted well dressed for the cold in winter wear as they pose with a fan for a picture on a busy New York street.

In fact, Ranbir's mother Neetu, who had earlier shared pictures of their New Year lunch with the entire Kapoor family and her husband Rishi Kapoor has been in New York since September where he is undergoing treatment for an undisclosed illness.

Ranbir had accompanied his parents to the US but had to return later for his professional commitments, it is reported.