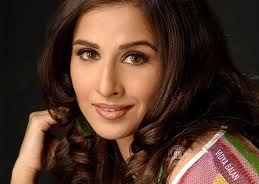 After performing eye brow raising acts in films such as Dirty Picture,she appears to have turned sober.During the launch of a book in Mumbai,Vidya Balan refused to utter “f…”word.A byline report by Jigar Shah in Mid Day said “At an event to launch a new book by author Munmun Ghosh, Vidya read a few passages from the text aloud for the audience. The audience was left a bit puzzled when the actress said ‘beep’ in between the reading.”

The “Beep” was reportedly uttered by Balan in place of “f…”mentioned in the text of the book.Since this had left the audience who had read the text,puzzled,Balan reportedly told Ghosh later that “there was no way”she could say these words(“f… “).Beeeeep.