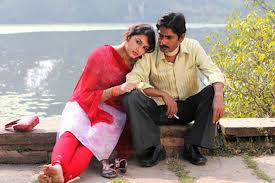 If media reports are to be believed then the second part of ‘Gangs of Wasseypur’ is going to be more gripping than the first part. After ‘Gangs of Wasseypur’, Anurag Kashyap has probably become the most recognised face of the Indian cinema in the foreign markets. The film received critical as well as commercial success.Though many critics showed reluctance towards accepting the portrayal of violence as it is in ‘Wasseypur’, almost everybody agreed that Anurag’s distinct sense of ‘created reality’ is a thing worth watching.

Nawazuddin Siddiqui plays the anchor role in ‘Gangs of Wasseypur 2’. He will be facing a stiff challenge to match the standard set by Manoj Bajpayee and Jaideep Ahlawat. Huma Quereshi also needs to match the hype surrounding the film and her character. Sneha Khanwalkar’s music has complimented the first part and it is likely to do the same again.