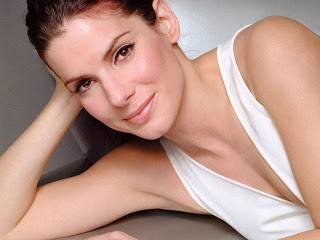 Oscar winning actress,49 year old Sandra Bullock feels Oscars does not respect comedy movies.“There’s no respect for comedies when it comes to the Oscars – absolutely none. But you don’t do comedy for awards or credibility. You do it for the joy,” dailystar.co.uk quoted Sandra Bullock as saying.

Sandra,an American actress and producer,who rose to fame in the 1990s after roles in successful films such asDemolition Man (1993), Speed (1994), The Net (1995), While You Were Sleeping(1995), A Time to Kill (1996), and Hope Floats (1998). In the new millennium, she appeared in Miss Congeniality (2000), The Lake House (2006), and Crash (2004); was awarded a Broadcast Film Critics Association Award, Golden Globe Award for Best Actress, a Screen Actors Guild Award for Outstanding Performance by a Female Actor in a Leading Role, and theAcademy Award for Best Actress for her role as Leigh Anne Tuohy in The Blind Side.

She who is listed in the 2012 edition of the Guinness Book Of World Records as the highest-paid actress, with $56 million,has been part of some notably comedy drama’s like “Miss Congeniality”, “28 Days”, “Divine Secrets of the Ya-Ya Sisterhood”, “The Thing Called Love” and “Love Potion No.9”. She won an Oscar in 2010 for her role in “The Blind Side”.

The actor was at the red carpet of her forthcoming movie “The Heat”.