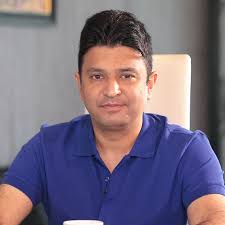 According to a complaint filed by a woman, Bhushan Kumar, Managing Director of T-Series, is accused of rape.

She was allegedly raped by Kumar on the pretext of giving her a job in one of his upcoming projects, reports news18.

A report in CNN-NEWS18, the Mumbai Police has admitted that a case of rape under section 376 of the Indian Penal Code.”Investigation is on”, a senior officer told the TV channel.

An FIR was filed against Kumar at DN  Nagar police station in Mumbai. No arrest was reported till 5 pm today.