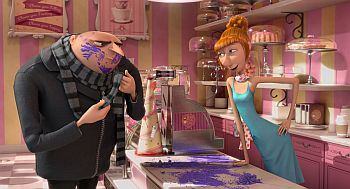 It’s all about ‘Despicable Me 2’.This animated film has set a record by beating competition from Johnny Depp starrer ‘The Lone Ranger’.‘Despicable Me 2’ has also emerged as the top earner this weekend with 82.5 million dollar gross,according to reports quoting estimates.