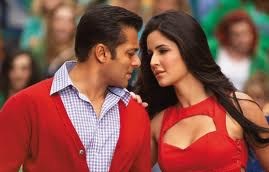 What’s Good: The cinematography; some twists in the film; the music.

Watch or Not: Watch Ek Tha Tiger for Salman Khan at the top of his game and some exciting action scenes.

India is in safe hands with RAW spies like Tiger (Salman Khan) who chase, beat and gun down enemies of the state no matter which foreign country they are in. Forever on the move, Tiger’s latest assignment is to observe the movements of a certain Trinity College scientist in the UK. Accustomed to using his fists for getting information, our desi 007 finds it a bit difficult to get close to this aloof scientist.

But there’s the professor’s beautiful housekeeper Zoya (Katrina Kaif) who can help Tiger. In the guise of a writer, Tiger prances around with Zoya and ends up falling for her; just as his colleague Gopi (Ranvir Shorey) had warned him not to.

So what could be the twist in this story? Considering that it’s a YRF product, the rest of the movie has enough romance, action and chase sequences to look forward to. Can Zoya and Tiger make it? Watch the movie for the ultimate twist in the tale.