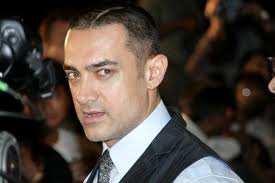 That all is not well with Khans surfaced again in Mumbai last night during the music launch of Talaash.

Talaash hero Aamir Khan showed oozing bubble on his face after its Director Reema Kagti confessed that the film could have been offered to other actors including Shahrukh Khan.

”From Aamir’s expressions,it seemed that he expected Reema to say that no,he was the best choice and the best one too.But sadly,no!”,said a report in the Bollywood.com

In any case,Aaamir made it clear that he will never sign any film first offered to his rivals-Shahrukh included-eventhough Taalash Director –Writer Joya Akhtar sought to passify him saying Aamir,Kareena and Rani Mukherji were her ‘top 3’,her first choice in the film.

Whether Aamir on the boil was passified with this was not known,Shahrukh must had a last laugh!