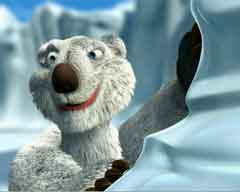 Delhi Safari,a three dimensional animation film by Director Nikhil Advani,is a story of wild animals.The theme,in the background of their problems created by humans,centres on their journey from Mumbai to Delhi to make their voices heard in the Parliament.

The audience can raise a question about their innocence in having commitment to democracy at a time when those who were supposed to uphold it attach little importance to it.

In any case,the film is full of action.All animals who took part in it appear to be characters of The Jungle Book and the Lion King.The best part is unlike the humans who often deride themselves for their weaknesses,these victims of humankind are not shown to have any self pity.

The film, showcasing Advani’s debut animation project,is full of fun except that it had some lengthy boring songs and its visual graphics were not upto international standard.