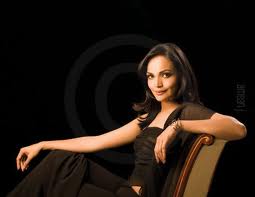 After she acted in TV serials in Pakistan,she is set to figure in her first Bollywood film- Josh.

This film,a project by Pakistani film maker Iram Praveen Bilal,is slated to be screened at the Mumbai film festival.

In an interview to MiDDAY’s Sonali Joshi Pitale,Aamina,who is married to Pakistani actor Mohib Khan,said :‘In Pakistan everyone is crazy about Bollywood films.
Our industry is learning a lot of things from Bollywood and the West. When our films are screened abroad, it gives us immense pleasure.

When Pitale asked her if Josh was her first Bollywood film,she replied in the affirmative.In reply to another question whether it was easy for Aamina and her husband to work in films,she said:”If I am a bow then he is the arrow. He started acting at a very young age and his experiences have taught me a lot.”