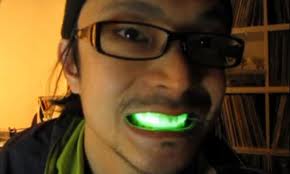 Jealous lover is in judicial custody.He was sent to jail after he bit off the nose of his ex- girl friend’s new lover.This he reportedly did after he learnt that his ex -girl friend and her new lover were in bed together.

The bizarre case reportedly unfolded after Reginald Edward Winston Bligh barged in through the window of his ex- girl friend Wendy Sore’s home in West End, at 5.30am on October 26.

”Bligh began swinging at Hosea Murphy, who lay asleep next to Sore, and bit off the tip of his nose in the jealous outburst…the 23-year-old then fled the house, despite his victim’s effort to calm him down”,said an ANI report

It added:Bligh, a father-of-two, was jailed for three years, after pleading guilty to burglary and assault that resulted in bodily harm in Townsville District Court.