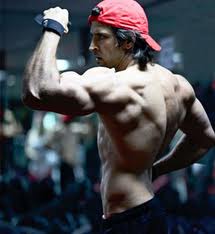 In many of his films,he climbed trees,swam in air and kicked many villains.But while shooting for an action sequence in Krrish 3,Hrithik Roshan could not protect himself from an injury.

Reports say he alongwith co star Bibek Oberoi had got injured on Thursday when they committed an error by wrongly judging the time.Though nothing much happened to Obero,Hrithik got a deep cut on his hand.After he started bleeding profusely,he was given medical aid.

Soon,this super star kept his cool and resumed shooting with a bandaged hand.