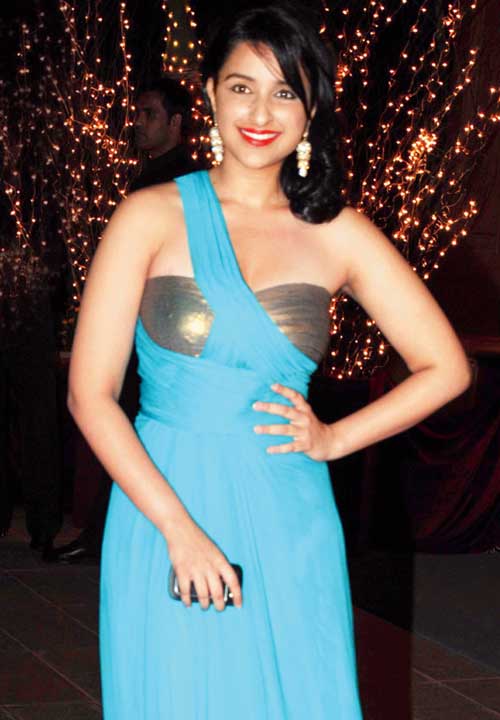 Though no body knows why this was so,Priyanka continues to be close to Shahrukh Khan evenas her sweet cousin Pariniti is sitting idle.

This despite the fact that after Pariniti played a supporting role in her debut film Maneesh Sharma’s Ladies V/Ricky Bahl last year,she gained spotlight and bagged several awards for being the Best Newcomer to the Best Supporting Actress to the Superstar of Tomorrow.

But that Tomorrow has not come so far.True,her next film Habib Faisal’s Ishaqzaade that released earlier this year had gained her accolades.This left every body believe that Pariniti would get several projects.They were wrong as she is still awaiting her third B-Town outing.

Sources say she has a three-film deal with Yash Raj Films. After Ladies v/s Ricky Bahl and Ishaqzaade, she has to do one more film. But so far no announcement has been made with her in the cast.And for those films in which there was buzz about being cast have either not taken off or she finds someone else being cast.

Sad thing for Pariniti and Priyanka who always inspired and charmed her!