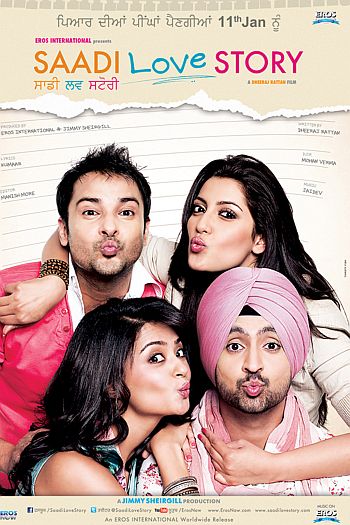 Both Diljit Dosanjh and Amrinder Gill started their acting career with Jimmy, “The Shahrukh Khan of Punjab films”. Diljit played a cameo in Mel Karade Rabba while Amrinder started his acting career in Munde U.K. De in a supporting role with Jimmy Sheirgill.

The film releasing also marks a directorial debut of Dheeraj Rattan, who has earlier worked as an assistant director for Phhir and Police Force: An Inside story. Although this might be his directorial debut, but he is a known name in the industry. He has written dialogues and screenplay for many movies like Mel Karade Rabba,

Having mentioned these similarities and that the cast of the film has a good and long association with Jimmy but will there be a surprise element that Jimmy is likely to add in this film? Will Jimmy too make a cameo appearance like his counterparts often do and as is the trend in the film industry? To know the answer audience will have to wait for the release of this joint production of Eros International and Jimmy Sheirgill productions.