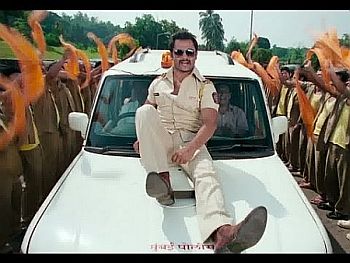 Come January 18 and Bollywood will have its first ever flash mob for the music release of Mumbai Mirror starring Sachiin Joshi.

The film is first of its kind in the sense that its music launch is planned in a queer way.This is the first for a Hindi film to promote itself through such an activity. A report on the film says, “Sachiin Joshi, the main lead actor, will join the dancers who will perform on the track ‘Dum Pe Lakdi’ which is based on his character of a cop.”

“The flash mob will take place at a popular suburban mall in Mumbai. The team is presently working on planning the details and rehearsing on the song with a large number of people,” says a report on Bollywood Hangama.com.