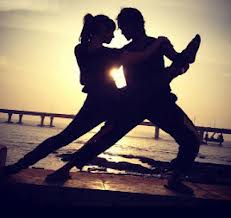 Whether you love to dance or not,ABCD – ANY BODY CAN DANCE’s biggest strength lies in the variety of dances that Remo presents to the viewers.

It is first of its kind film to be made in 3 D.It is being directed by director and choreographer Remo D’Souza and produced by Siddharth Roy Kapur.

Prabhu Deva was reluctant to release it with Bollywood superstar Akshay’s Special Chabbis.It was planned for February 1 release,but since it is 3D movie,there were some technical glitches and it got delayed by a week.

Though the film lacks a fine plotline, writer Tushar Hiranandani has come up with several knockout sequences in this film.A critic says that the screenwriting deviates into the conventional and foreseeable zone in the second hour.

But Remo has resorted to clichés to carry the story forward.And the narrative gathers steam towards the closing portions and the dance competition in the finale is simply breathtaking.It has some incredible, eye-popping dances as its soul. While the template may be conventional — the triumph of the underdog — the film has its share of moments that stay with you, especially the concluding portions of the film.

Even if you don’t dance,watch it to feel the magic of dance.