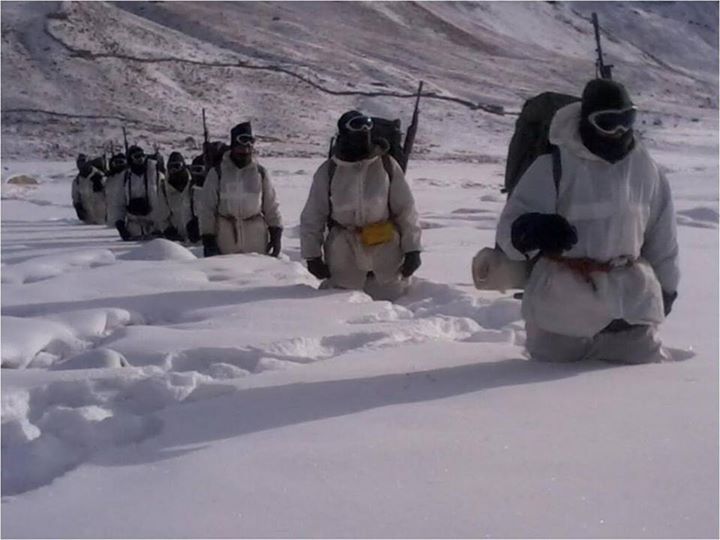 Two years ago, the Wikileaks had revealed a sensational document which showed how the UPA government under Sonia Gandhi and  Manmohan Singh had decided to give away Siachen glacier to  Pakistan.

This was one of the most shocking revelations made that had stunned the entire country. Then, the Congress had denied the charges and said the Wikileaks was spreading fake news to malign the Congress party.

But today, the man himself who witnessed the deal between India and Pakistan has exposed the Congress’s double face.

Shyam Saran, who was the foreign secretary of India until 2006, in his upcoming book part-history-part-memoir titled 'How India Sees the World', has revealed that he along with his Pakistani counterpart Riaz Mohammad Khan had struck a deal on orders of Congress government to take back Indian troops and give away the Siachen Glacier to Pakistan.

But this deal was sabotaged and scuttled by the then National Security Advisor M  K Narayanan, who literally saved  India from Congress’s illogical and stupid decision.

In his book,  Sharan writes that  Manmohan  Singh wanted to settle the deal with  Pakistan by handing over Siachen glacier for which all stakeholders consented.   The deal was even consented by the Indian Army and mentioned its finer points, including current positions of the forces of the two countries, the positions to which they would withdraw, a schedule for redeployment,  and a joint monitoring mechanism to prevent mutual intrusions.   All this would have been recorded in an annexure to the main agreement.

To give the document additional strength,  we insisted, and the Pakistani side agreed, that both the agreement and the Annexure will be signed and that the main agreement will explicitly declare that the annexure had the same legal validity as the agreement itself,” writes  Sharan.  “I did  many  rounds of  consultations,  both at the senior  bureaucratic  and  ministerial  levels in the ministries  of defence,  home and  finance (whose members are part of the  Cabinet  Committee on Security (CCS).”

He claims that the then  Army  Chief  J J Singh and all chiefs of the  Intelligence Agencies were brought on board.   The deal was consented by the Army and its intricatetechnical details including the points and timing of redeployment and also the phases in which it would have been implemented and the structure of the monitoring mechanism wereactually worked out by the Director-General  Of  Military  Operations.

But it was during the  CCS  meet, the NSA  Chief  M  K  Narayanan raised serious concerns about the deal and argued about compromising the National security of the country.

“When the  CCS  meeting was  held on the eve of the Defence Secretary-level talks,  the  NSA launched an  offensive,  saying that  Pakistan  could not  be  trusted, and  that  there  will  be political  and  public opposition  to any such initiative and  that  India’s  military  position in the northern sector vis-à-vis both Pakistan and China will be  compromised.  General  Singh, who had happily  gone  along with the  proposal in its  earlier iterations, now  decided to join  Narayanan in rubbishing it.”

It was only after  M K Narayanan raised concerns, the Chief of the Army also agreed  that the Siachen deal was not safe and would put  India in grave danger.

In the meeting, then  Home  Minister  Shivraj  Patil and  Defence  Minister  Pranab Mukherjee remained silent and played safe in front of  NSA chief as they did not want to loseface for endorsing such a  stupid deal.   Manmohan  Singh who desperatelywanted to passthe deal, remained mute after  NSA and  Army Chief raised concerns and defied with the order.

Narayanan in the meetingsalso said that  the Siachen topicshould never become an agenda in the India-Pakistan talks on border  issue.  At this point, it is said that  Pranab Mukherjee himself supported  Sharan and added that  Rajiv  Gandhi himself had agreed to include Siachen in the India–Pakistan dialogue.

But Congress government under Sonia  Gandhi wanted to gift  Siachen to  Pakistan which would have been the biggest blunder after  Nehru’s decision to approach the UN to resolve Jammu Kashmir issue.  How did they ever trust Pakistan which has always backstabbed  India?! Even with all security measures and  24/7 vigil at the border, there are hundreds of terror infiltration from Pakistan, imagine the catastrophic effect if the Indian Army was pulled back from Siachen Glacier!!

Its a shame to even think that the people in the government who were trusted and elected to protect the country betrayed the Nation  by opening doors to the enemy!  Is there anything left which Congress hasn’t tried to ruin  India?!!!*