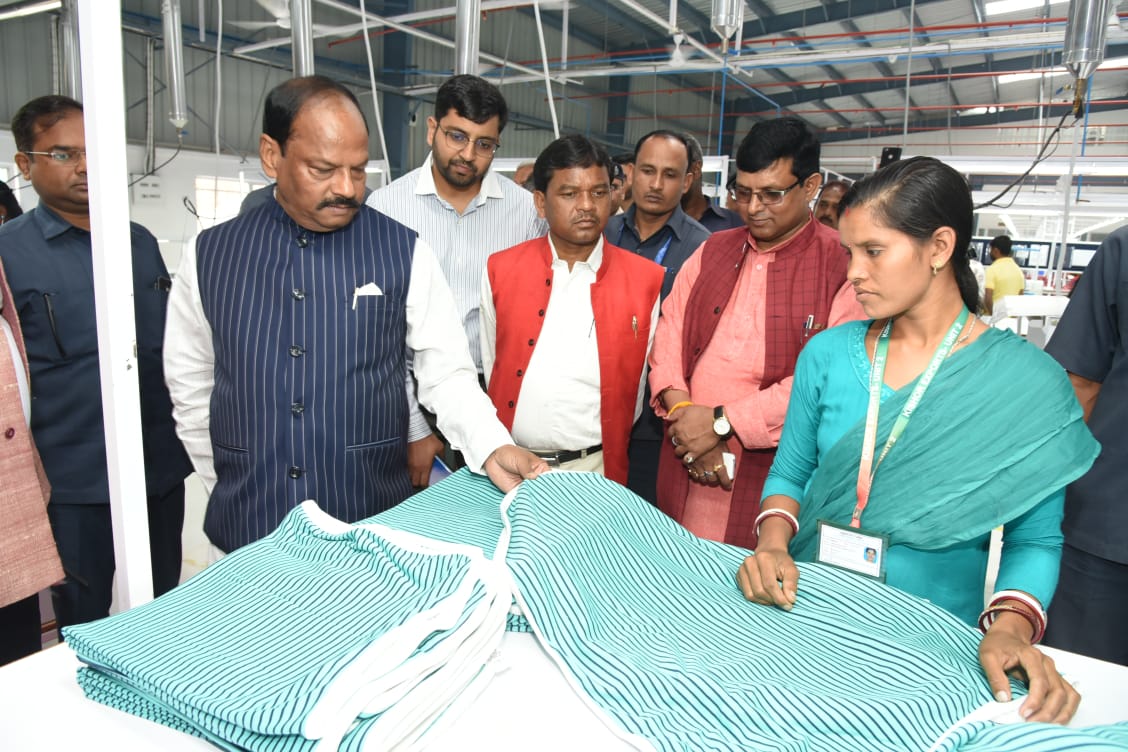 Migration has been a major problem in Jharkhand. In the past, due to poverty and unemployment, many children were forced to move and work in other states. The present government is working to get rid of this problem.  The government is promoting industries for the girls to get employment in Jharkhand itself.  Industries in which costs are low and employment opportunities are high. The textile industry is the leader in this. Jharkhand has the best textile policy in the country.  This is the reason why big textile companies are starting production here. In the coming days, other companies will also come here.  These things were said by the Chief Minister Shri Raghubar Das at the inauguration ceremony of the second unit of Kishore Export in Kulhi village of Oramanjhi.

The Chief Minister said that the girls of the state no longer have to migrate to another state. There is also strength, potential and opportunities in Jharkhand. There is a quick decision-making government and a transparent system. Different policies have been formulated for different industries. This is the reason that many companies are coming to the state for investment.

The Chief Minister said that companies related to footwear are also coming to the state. Soon shoes will be exported to other countries from Jharkhand. In Jharkhand, products made of bamboo etc. are also being sent to other countries. Now the state is recognised for development, not for corruption. It is a matter of pride for everyone. The Chief Minister appealed to all the employees to maintain discipline while keeping time and work with dedication. It will also elevate the company.

Sarita Kumari of Lohardaga working in the newly created unit said that due to the pathetic economic condition of the family, she had to go to Noida for work.  When she heard that textile factory is opening in Ranchi too, she came back.  Now she will be able to work with her family.  Zahida Khatoon told that now she will not have to wander around for getting a job.  Karishma Kumari of Kulhi village said that this employment will help to improve the economic condition of her family.