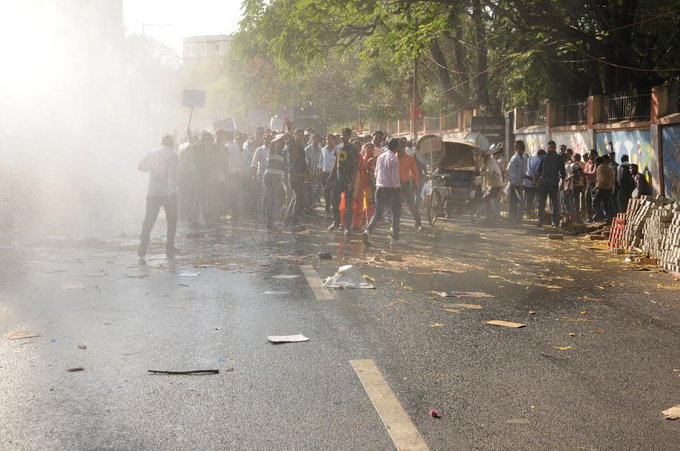 The police today used force to deal with the agitating applicants of the 6th Civil Service Preliminary Tests against Jharkhand Public Service Commission in Ranchi.

These 6th Civil Service PT Test aspirants were opposed to the result announced by the JPSC.They claimed rules and regulations connected with the reservation of the SC,ST and OBC were not followed by the JPSC.

Under the banner of the Arakshan Adhikar Morcha,these students who were led by ex Independent MLA Bandhu Tirkey,had encircled the JPSC office.Some of them damaged a police van.

This caused road jam and traffic on the Circular Road and Main road were paralysed.The police sought to appeal to them to hold discussion rather than paralysing the traffic.

Since they did not bother to listen,the police indulged in lathi charge and fired tear gas.More than a dozen students were taken into custody."They were later released",said the police.

A dozen others were reported to have got injured.One of them was critically injured,said the police.He was admitted at the state government run RIMS hospital.