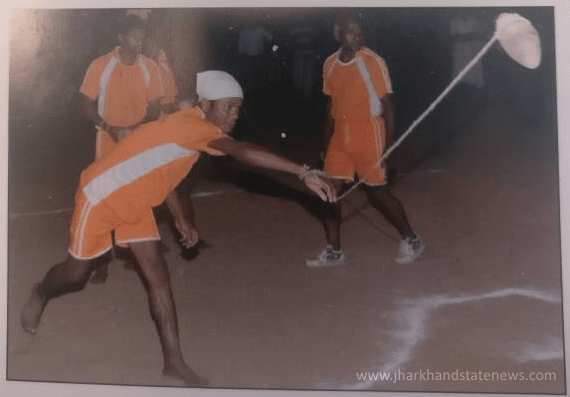 Sekor, made of wood in the form of an egg, is a traditional tribal game in Jharkhand.This egg shaped ball is normally 10 inch –lenth and breadth.To play with it, a cotton rope of 10.15 feet is used to throw the ball and shoot.

In other words, the competition centres around lifting and placing Sekor from the box.This game is played by the Ho tribals in Chaibasa area of Jharkhand.

Jharkhand Governor Draupadi Murmu is slated to inaugurate the match of Sekor at Nowamundi in Chaibasa, headquarter town of West Singhbhum district in Jharkhand.The game is being organised by Tata Steel Ltd’s
body-Tribal Culture Society(TCS).

The aim of the TCS’s move was to strive to uphold the cultural values and traditional ways of life.In fact,TCS, Tata Steel as a part of steel major’s Affirmative Action Policy, encourages tribal community in enriching its culture and traditions through various empowerment programmes.

In the last couple of years, TCS as a part of this endeavor revived largely extinct tribal games such as – Kati, Bahu Chor, Sekor, etc. in the States of Jharkhand and Odisha. Similarly, opening up more than 100 Ho Language classes, through training to tribal educators, is yet another area where TCS has made its presence felt emphatically in the tribal community.

By organising Sekor competition at Nowamundi and inviting Governor Draupadi Murmu to inaugurate it on June 13,2017,TCS is expected to keep it alive and save this age old traditional sport of Ho's from extinction.