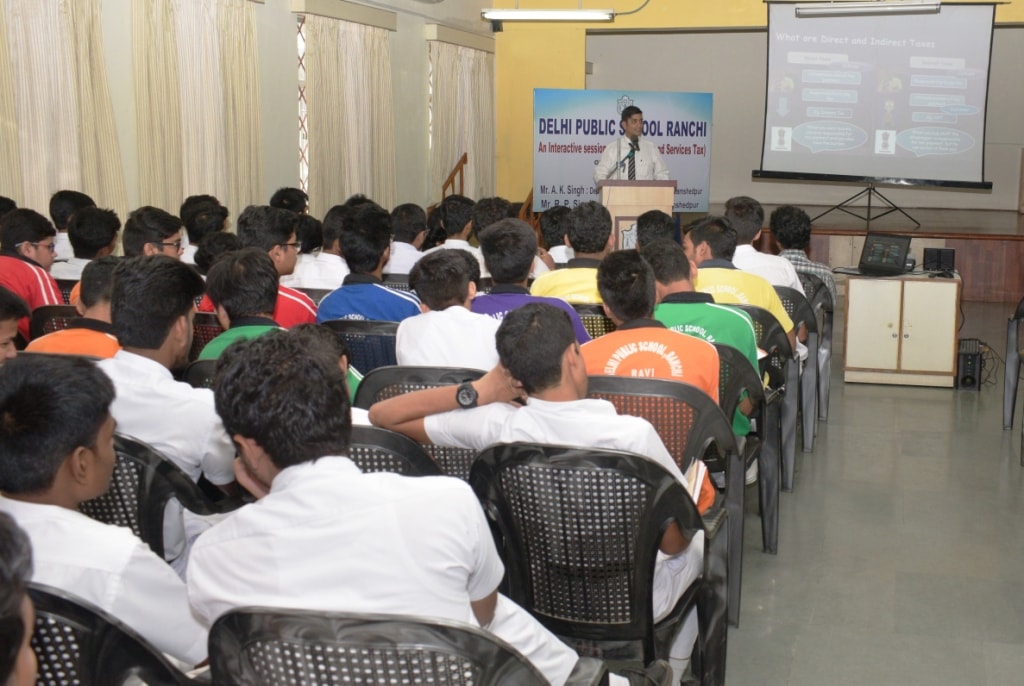 Delhi Public School,Ranchi organized an interactive session on Friday.The session on “Goods and Service Tax” was especially conducted for the commerce students of classes XI and XII. The resource person for the event was Mr. Pawan Periwal Chartered Account of “Danspark and Company” Jamshedpur.

The “Goods and Service Tax” is an indirect tax applicable throughout India which replaced multiple cascading taxes levied by the central and state governments. GST is being considered to be the biggest tax reform in 70 years of independence.  It was initially proposed in order to replace a slew of indirect taxes with a unified tax and was therefore set to dramatically reshape the country's 2 trillion dollar economy.

On this day the head of the institution Dr. Ram Singh welcomed the speaker and gave an introduction on “Goods and Service Tax” and said that, this session has been especially oraganised to keep the students updated and informed about the new developments and changes of the nation.  He also said that this session will help the students to know and understand GST more clearly.

During the interactive session the students were informed about GST and its importance. The students were also enlightened about its benefits and which taxes and levies will it replace. The information on different GST rates on several products was also an integral part of the session.

The program ended with the vote of thanks. At the end of the session the students shared their views and said that the session was fruitful and would help them to understand GST in a lucid manner.

In this session the resource person explained the benefits of GST through live examples.