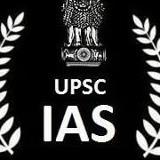 “This is …speaking.Since how long you are posted there?Do you want to continue there or have any choice for posting?Don’t delay,come”.A senior IAS officer who is holding a crucial position in the Jharkhand Secretariat has been calling Block Development Officers and Circle Officers,asking them to meet him if any one of them wants a choice posting.

As it is,in Jharkhand where the transfer and posting had acquired industrious proportion,almost every post had its value.The posting of a BDO and CO carried a price tag of Rs five lakh to Rs 30 lakh.As such,the said IAS officer who is slated to retire by the end of this year,was understood to be in a hurry to make fortunes.

In fact,he is already a crorepati who has used his enterprising wife,a distributor of books and principal of a school.

Prabhat Khabar,a leading Hindi Daily,today front paged the story without naming the officer.”Because such conversations were on telephone,his name was not being disclosed”,said the Daily.