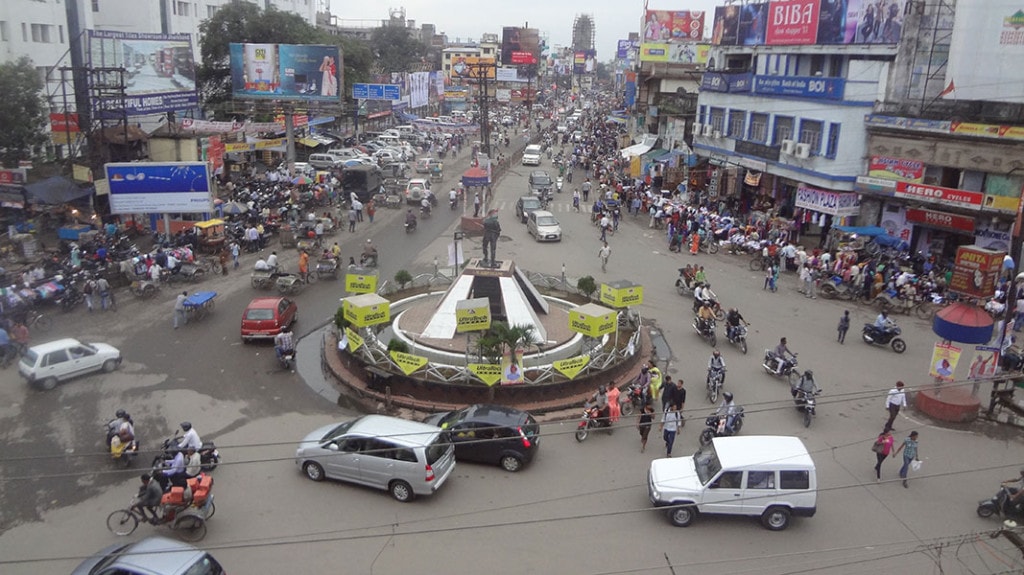 Chief Minister Raghubar Das held a meeting on the issue of traffic and cleanliness at Project Building. He said that we need people’s participation to improve traffic system. He instructed to hold separate meetings with shopkeepers, auto drivers and e-rickshaw drivers.

He said that shopkeepers should not keep their things out in the road and if someone does it, he should be warned first and later action should be taken. At the same time, auto and e-rickshaw drivers should not stop their vehicle everywhere and load or unload passengers. Police in-charge and traffic police should be made accountable in that particular police station. If things are found kept out of the shop or vehicle or e-rickshaw parked on the road, take strict action on the related police officer or personnel.  It should be done to make the traffic smooth. Traffic police of Kishori Lal Chowk, Kantatoli Chowk, Lalpur Chowk and other areas will be appreciated for good control in their area of jurisdiction and violation may lead to strict action.

The Chief Minister said that families are destroyed as some youngsters are losing life in two-wheeler accidents. Main reason of such accident is negligence to helmet. Helmet should be made mandatory to lessen number of causality and loss of life. Special attention needs to be paid in Ring Road area. Drivers should keep headlight on, wear helmet and tie seatbelt in such accident prone areas. It should be made mandatory for police officers also. Even if police officers break the traffic rule, they will have to pay fine and face legal action too. If someone tries to threaten traffic police, his name, number vehicle number must be recorded and legal action will be taken. Road junctions soon will have automatic number plate reader. There will be another road from Doranda to connect Ranchi railway station to ease out traffic jam in Railway station road.

He said that shopkeepers need to be aware about cleanliness. He instructed them to maintain a dustbin. Vegetable vendors from Morabadi, kutchery and other places will be shifted to some other place and planning about stoppage of e-rickshaw and auto will begin soon.