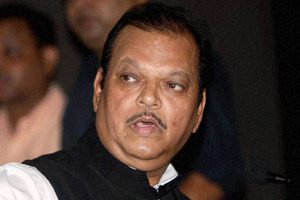 Thanks to former Union Minister Subodh Kant Sahay,there was a delay in clearing the file providing two -month extension in service to Jharkhand chief secretary SK Choudhary on Thursday.This was primarily because Sahay,who wanted Choudhary to retire on January 31 and AK Sarkar,Principal Secretary of mines in Jharkhand to succeed him,had reportedly got the file seeking grant of extension to Choudhary ‘hidden’ at DoPT in New Delhi.

Though he was not available for comment,Sahay,who represents Ranchi in the Lok Sabha,failed in his mission mainly due to the active involvement of the PMO and DoPT who wanted Choudhary to get the two month extension.