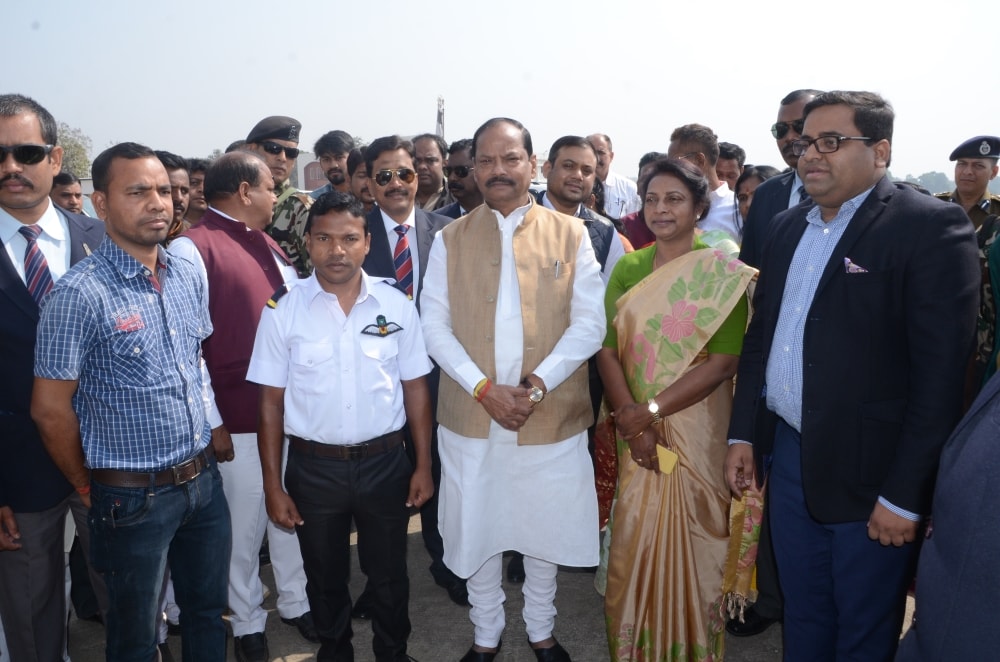 On departure from Dumka to Dhanbad, the trainee pilot Johnny Frank Paharia met the Chief Minister Raghubar Das at Dumka Airport. The Chief Minister said that by becoming a pilot from the paharia community you become a role model for the society. Johnny, who is under training in Dumka, thanked the Chief Minister and expressed his gratitude that a new consciousness has been communicated for development in the Paharias community. Everyone is eager to move forward with the government and administration initiatives.

Chief Minister Raghubar Das said that the Government is making time-bound and planned efforts for the development of all the tribal communities of the state. He appealed that primitive tribal communities should pay special attention to their education and prioritize it. All problems will be overcome by education.