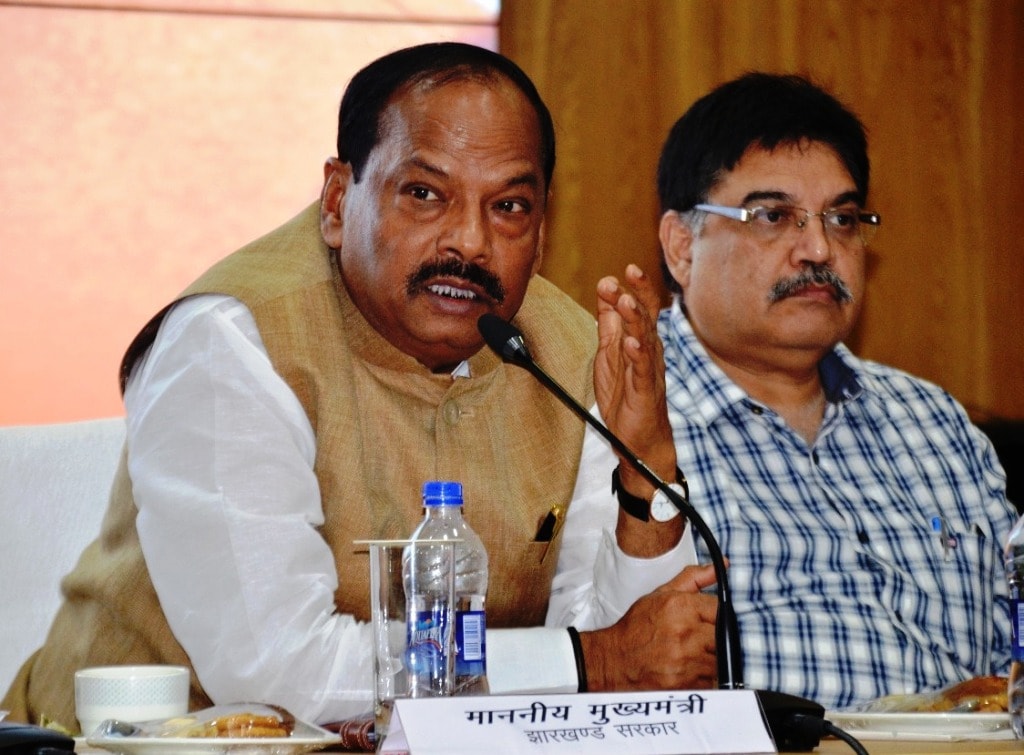 *all images by IPRD, Jharkhand

Chief Minister Shri Raghubar Das reviewed central government’s infrastructure project at Project building and said that Jharkhand has a lot of development potential and even after having the resources and capacity, proper development has not been done. Giving strict instruction to officers, he said that officers who hamper or delay developmental work will be given VRS.

The Chief Minister said that during the monsoon, complete all the paperwork. Work should start after 20th August. Give NOC within 30 days to PSU lands for the construction of toilets, Prime Minister housing scheme etc or else after 30 days it will be considered as NOC certified.  The Deputy Commissioner should start working in this direction. He said aware people about the work of pipelines.  Their land will not be taken but pipeline will pass through their land and they will get compensation for that as well.  Similarly, for those who have been displaced, do mutation of the land marked for them before August 15. After mutation land will be given to beneficiaries.

Giving instructions to start the closed coal block in the state, he said that starting of the coal block would provide employment to a lot of people at local level. District Mining Fund will develop the infrastructure in that area. The government will also get revenue for development work. Make a list of companies which are not showing interest in getting the coal blocks, so that the Ministry can invite new investor. Start JSMDC mines soon then small industries will be able to get coal. In the meeting, he instructed to give 1100 jobs from Coal India till August 15. In this regard, the state government has given instructions to give immediate approval to pending approvals.
Shri Das instructed the Deputy Commissioners to hold Janta Drabar in block level and in that problem related to old age pension, ration card; caste certificate etc should be resolved immediately. They should also arrive in any meeting without prior information.

Special discussion on these matters

Issues of Infrastructure Projects of Railway

Issues related to Gas Pipeline Project
In the meeting, a review of the construction gas pipeline at Jagdishpur-Haldia-Bokaro-Dhamra (total 3,365 km) at the cost of 12,940 crore was done. This work is started in seven cities (Varanasi, Patna, Jamshedpur, Ranchi, Bhubaneswar, Cuttack and Calcutta) in the country.