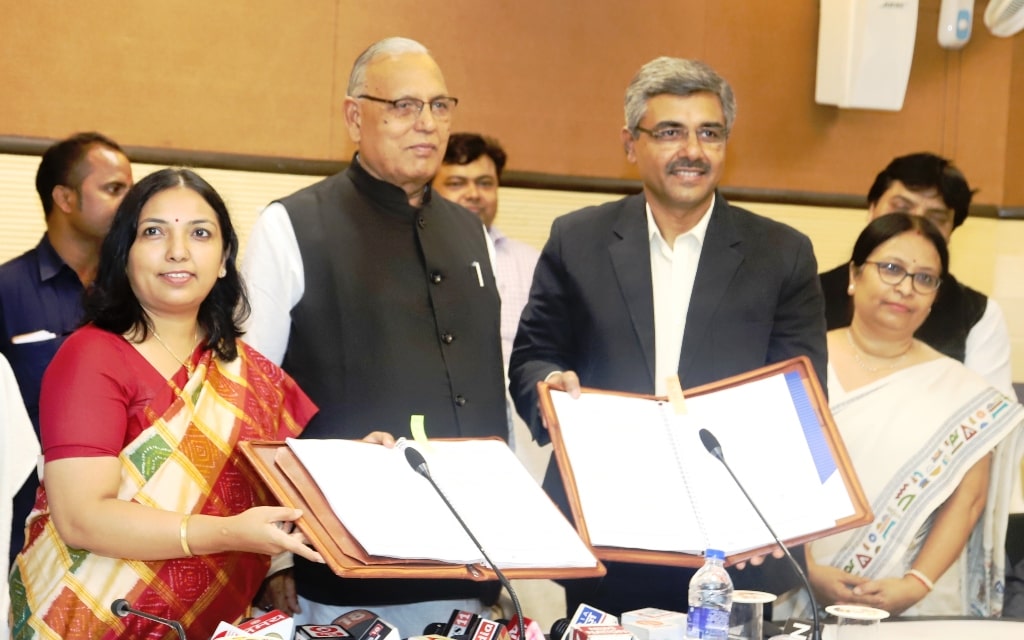 In order to provide better medical facilities to the people of the state, a MoU was signed between the Jharkhand government and National Insurance Company Limited under the Ayushman Bharat Scheme in Suchna Bhawan. MoU was signed in the presence of Health Minister Ramchandra Chandravanshi and Principal Secretary, Welfare Department Nidhi Khare, after signing of MoU, the Health Minister praised the Honorable Chief Minister Raghubar Das for this work and thanked the Prime Minister Narendra Modi.

Describing the Ayushman Bharat, the Health Minister said that this scheme will benefit the 57 lakh families of the state. A letter will be issued to all beneficiary families on behalf of the Prime Minister. Under this scheme, the beneficiary will get health insurance of 5 lakh rupees. The insurance company will pay the amount up to Rs 1 lakh for treatment, if the additional expenditure comes, the state government will pay through Jharkhand State Health Society. Nidhi Khare, Principal Secretary, Health Department told that it is a hybrid model of the state government. So far 280 hospitals have been listed for this scheme. She said that 603 hospitals have applied for this scheme, which is under investigation.

Beneficiaries can get treatment in any listed hospital in the country. The listed hospitals will treat all the beneficiaries. No age limit has been set for this. Under this scheme, payment of premium for 25 lakh families will be done by the center and the state government in the ratio of 60:40. State government alone will pay a premium for the remaining 32 lakh families. This scheme will benefit 80 percent of the state's population. In this scheme, 1350 types of diseases have been included.

Khare told that all the families connected with the National Food Security Scheme will get the benefit of this scheme. For this, more than 90 percent of the government and private hospitals have been listed. It has listed the hospitals where there are at least 10 beds. So far 6546 beds have been available in the hospitals for this scheme.

Principal Secretary, Health Department said that in order to facilitate the treatment of a person, there will be a volunteer (Arogya Mitra) in every district. They will be provided a dress code for identification. A volunteer will be available on every ten hospitalization, which will help the person under treatment for twenty-four hours. On this occasion official of the health department and many representatives of the insurance company were present.