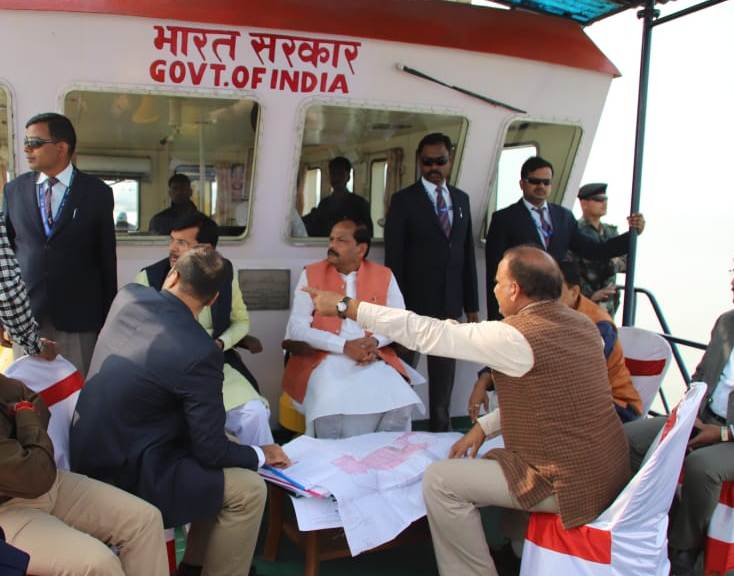 During the stay in Sahebganj on Monday, the Chief Minister reviewed the construction of bridges and port on the Ganga River. The Chief Minister took information from officers of the Indian Inland Waterways Authority and the district headquarters about the port, bridge, 4-lane road, ship repair center, retaining center and other infrastructure.

On this occasion Rajmahal MLA Anant Ojha, Deputy Commissioner Sahebganj, officials of Indian Inland Waterways Authority and others were present.