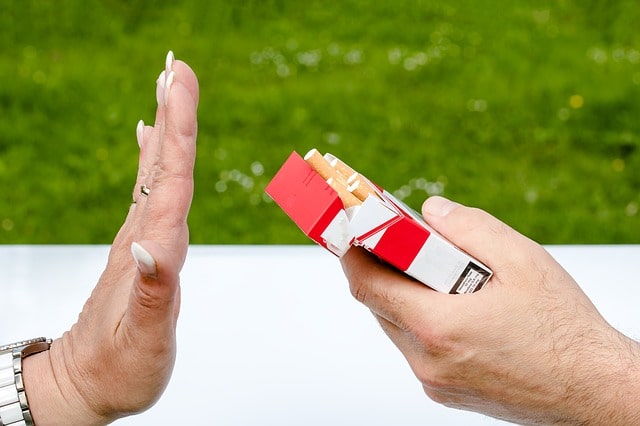 Chief Secretary Dr. DK Tiwari took health risks related to tobacco consumption seriously and instructed to take all prohibitive measures to get rid of tobacco addiction. He instructed to make people especially teenager aware of the harm of tobacco. Students should take oath after prayer in school about not consuming tobacco. Tobacco should not be sold in the circle of 100 yard around schools by marking it with a yellow line. The Chief Secretary was reviewing the tobacco prohibition measures and implementation in the second meeting of the State Tobacco Control Coordination Committee at the Project Building.

The Chief Secretary instructed all the government offices in the state to make a tobacco-free zone first for the effective prohibition of tobacco use. Significantly, the project building and the Nepal House area is declared as a tobacco-free area. In order to spread awareness about tobacco prohibition, the Chief Secretary directed to take an oath for not consuming tobacco at a fixed time in all government offices in the state on May 31, Tobacco Prohibition Day.

He said that tobacco is not only harming the health of the people but also results in huge economic losses. He cited a survey report of the Health Department and said that in 2011, the diagnosis of tobacco-related diseases in the country was estimated to cost Rs.1 lakh 4 thousand 500 crores, which was then 1.16% of our GDP. This amount was 12 percent more than the combined expenditure of the Center and State Governments in the health sector in the financial year 2011-12. The Chief Secretary instructed the secretaries of departments to implement the Tobacco Awareness Program through their respective departments. For this, in the Rock Garden of Ranchi, during the musical band show starting from May 5, every Saturday and Sunday, the message of tobacco prohibition will be disseminated among people coming there. For its successful implementation, the Secretaries of concerned departments also coordinate with the Urban Development and Housing Secretary.

Earlier, Health, Medical Education and Family Welfare Secretary Nitin Madan Kulkarni briefed about the work being done for the loss and prevention of tobacco consumption in the state through the presentation. He said that in Jharkhand 38.9 percent of the adult population consumes tobacco in some form, which is much higher than the national average of 28.9 percent. At the same time, he underlined the responsibility of all the departments involved in tobacco prohibition. In the meeting, the director of the Socio-Economic and Educational Development Society demanded from the Chief Secretary to ban Pan Masala and Hukka Bar. The Chief Secretary instructed to make clear rules for this.

Dangers of tobacco use
Cases of cancer due to tobacco consumption are highest in India. 90 percent of oral cancer is from tobacco. With this, more than 12 lakh people die in India every year. Research on the harm caused by tobacco intake reveals that fertility in men and women decreases with the consumption of tobacco. It also causes blood-related diseases and heart attack. In all types of cancers, the number of tobacco-related cancers is 40 percent. More than 54 lakh people die every year in the world due to tobaccos consumption.