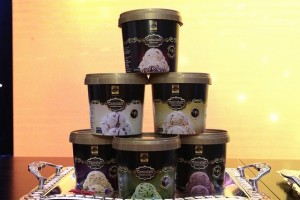 A top UAE-based diary producer has reportedly claimed to be the first company in the world to introduce ice creams and milk powder from camel milk to the mass market.
The products introduced by Al Ain Dairy are now officially available in select retail outlets throughout the UAE under the ‘Camelait’ brand.
Handling the complex proteins of camel milk in the pasteurisation process to produce ice cream was a major challenge that was overcome during the innovation process, the company said in a statement.
The ice cream is available in six flavors – date, saffron, cardamom, chocolate, carmel and lite raspberry vanilla.
Another product from the company is camel milk powder,