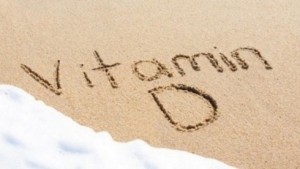 Vitamin D may play a vital role in the prevention and treatment of chronic diseases associated with ageing such as diabetes and cancer, according to new research.

Older adults are at risk for vitamin D deficiency due to diet, reduced time outdoors and poor skin absorption of the nutrient, researchers said.
With the number of people ages 65 and older expected to more than double from 2012 to 2060, the problem will become much more prevalent, researchers said.

“Better understanding the relationship between vitamin D and chronic diseases in older adults and whether treatment of vitamin D deficiency can prevent or treat these disorders is important given the increasing number of people at risk for these health issues,” said Meghan Meehan, study author.

The Institute of Medicine generally recommends that adults up to 70 years of age take 600 International Unit (IU) of vitamin D daily and adults over the age of 70 consume 800 IU of the nutrient daily.
Study authors concluded that as the older population continues to grow, universal guidelines for testing and treating vitamin D deficiency are needed.

Research to examine the proper dosing of vitamin D supplements necessary to prevent the chronic diseases of ageing also would have significant benefit for future generations.
The findings were published in the Journal of Ageing and Gerontology.