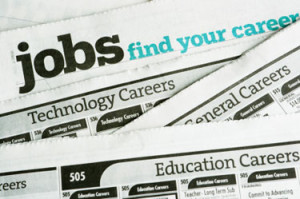 Unemployment can change peoples’ core personalities, making some less conscientious, agreeable and open, which may make it difficult for them to find new jobs, according to a new study.

“The result challenge the idea that our personalities are ‘fixed’ and show that the effects of external factors such as unemployment can have large impacts on our basic personality,” said Christopher J Boyce, of the University of Stirling in the UK.

“This indicates that unemployment has wider psychological implications than previously thought,” Boyce said.
Boyce and his colleagues examined a sample of 6,769 German adults (3,733 men and 3,036 women) who took a standard personality test at two points over four years, from 2006-2009.

The researchers looked at the so-called “Big Five” personality traits – conscientiousness, neuroticism, agreeableness, extraversion and openness.
They found that men experienced increased agreeableness during the first two years of unemployment, compared to men who never lost their jobs.

But after two years, the agreeableness levels of the unemployed men began to diminish and, in the long run, were lower than those of the men with jobs. For women, agreeableness declined with each year of unemployment.

“In early unemployment stages, there may be incentives for individuals to behave agreeably in an effort to secure another job or placate those around them,” the researchers wrote, “but in later years when the situation becomes endemic, such incentives may weaken.”

With respect to conscientiousness, the longer men spent without jobs, the larger their reduction in this trait, which is also tied to enjoying one’s income, according to the researchers.

In comparison, women became more conscientious in the early and late stages of unemployment but experienced a slump in the middle of the study period.

The researchers theorised that women may have regained some conscientiousness by pursuing non-work-related activities traditionally associated with their gender, such as caregiving.

Unemployed men showed steady levels of openness in their first year of joblessness, but the levels decreased the longer they were unemployed.

Women, in contrast, showed sharp reductions in openness in the second and third years of unemployment but rebounded in year four, according to the study.
The findings were published in the Journal of Applied Psychology.