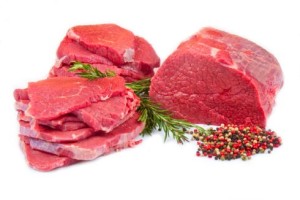 Eating red meat may elevate the risk of cancer because it contains a chemical that is unnatural to human biology, researchers, including those of Indian-origin, suggest.

While people who eat a lot of red meat are known to be at higher risk for certain cancers, other carnivores are not, prompting researchers at the University of California, San Diego to investigate the possible tumour-forming role of a sugar called Neu5Gc, which is naturally found in most mammals but not in humans.

Scientists found that feeding Neu5Gc to mice engineered to be deficient in the sugar (like humans) significantly promoted spontaneous cancers.

“Until now, all of our evidence linking Neu5Gc to cancer was circumstantial or indirectly predicted from somewhat artificial experimental setups,” said principal investigator Ajit Varki, Distinguished Professor of Medicine and Cellular and Molecular Medicine and member of the UC San Diego Moores Cancer Centre.

“This is the first time we have directly shown that mimicking the exact situation in humans – feeding non-human Neu5Gc and inducing anti-Neu5Gc antibodies – increases spontaneous cancers in mice,” Varki said.

The team first conducted a systematic survey of common foods. They found that red meats (beef, pork and lamb) are rich in Neu5Gc, affirming that foods of mammalian origin such as these are the primary sources of Neu5Gc in the human diet.

In this study, they hypothesised that eating red meat could lead to inflammation if the body’s immune system is constantly generating antibodies against consumed animal Neu5Gc, a foreign molecule. Chronic inflammation is known to promote tumour formation.

To test this hypothesis, the team engineered mice to mimic humans in that they lacked their own Neu5Gc and produced antibodies against it.

When these mice were fed Neu5Gc, they developed systemic inflammation. Spontaneous tumour formation increased fivefold and Neu5Gc accumulated in the tumours.
The study was published in the journal PNAS.